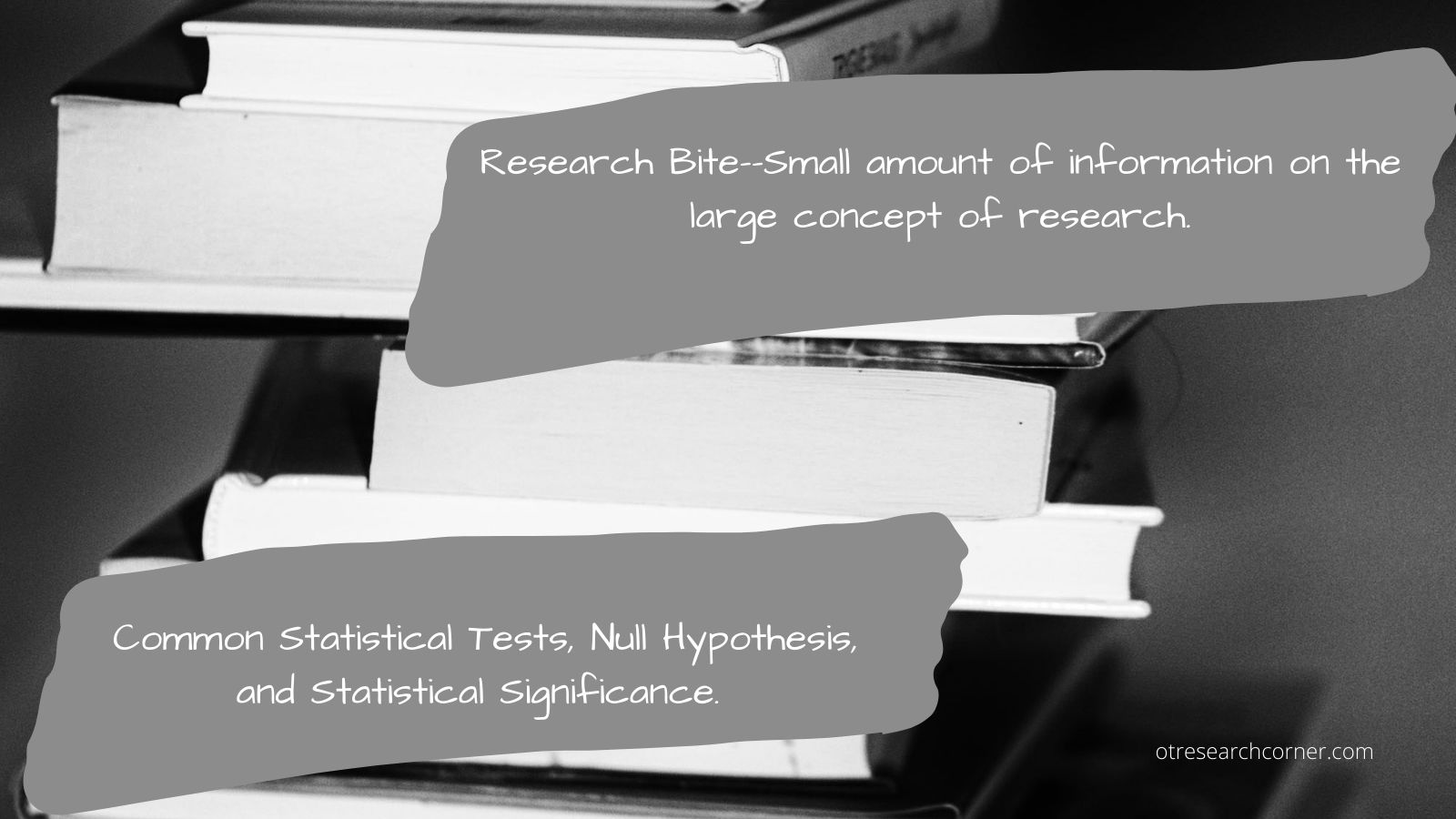 In the simplest terms, statistics is the calculated differences between groups. In the case of a research study, in the simplest terms, statistics gives you information on the strength of the differences between groups with whatever dependent variable the researcher is observing. These groups can be the intervention group and control group or different intervention groups.

In research, the focus is looking to disprove the null hypothesis and you use the results of your test statistic to do so. The null hypothesis notes that there is no relationship between the variables. Basically, this definition is stating that the differences between the groups (intervention and control, different intervention groups, etc.) has nothing to do with the addition of an independent variable. The differences seen between the groups are due to chance and not because of the independent variable.

Disproving the null hypothesis is done using a statistical test that is chosen based on characteristics of the groups being compared and distribution of the data.

A statistical test is chosen based on what types of groups you are comparing and the distribution of the data.

Common statistical tests and when they are used

Parametric tests-used when the data is normally distributed.

Non-parametric statistical tests-used when data is not normally distributed.

Why does this matter?